I was honoured to speak at the City of Holdfast Bay Australia Day Citizenship Ceremony at Glenelg Foreshore recently.

With clear skies and a fantastic view, it was a perfect day to meet and celebrate with the 80 new Australian Citizens from my local community.  With residents coming from all around the world, including China, Germany, India and the United Kingdom, it shows just how much of a multicultural nation Australia has become. Since 1945, seven million people have migrated to Australia and one in four Australians were born overseas.  Over at the Marion RSL, a further 33 people became Australian Citizens and were warmly congratulated by my State and Federal colleagues, Nicolle Flint MP, the Hon David Speirs MP and Stephen Patterson MP. 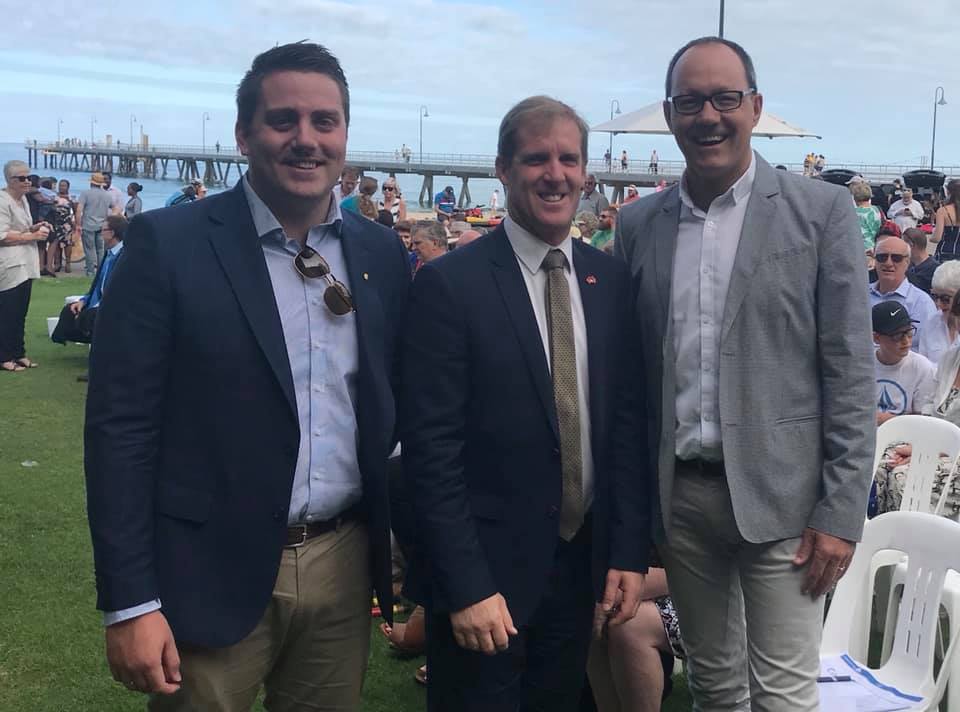 As part of the Australia Day celebration, it gave us an opportunity to acknowledge and celebrate the contribution that every Australian makes to our contemporary and dynamic nation. From our Aboriginal and Torres Strait Islander people - who have been here for more than 65,000 years - to those who have lived here for generations, to those who have come from all corners of the globe to call our country home.

It was also a perfect day to celebrate all the things we love about Australia: the land, a sense of mateship and giving everyone a fair go, the laidback lifestyle, democracy and the freedoms we enjoy, but most importantly, our people. It gives us an opportunity to unite as a nation to celebrate what’s great about Australia and being Australian.

Both the City of Holdfast Bay and the City of Marion also use this day to recognise the people who do so much for our local community.  I want to congratulate Emilie Ripinskis on becoming the Marion Citizen of the Year for her volunteer efforts for people with intellectual disabilities and Brian (Bly) Bayliss on being awarded the Holdfast Bay Citizen of the Year for his contribution and dedication to the Seacliff Surf Life Saving Club and Surf Life Saving South Australia.  A shout out also goes to the Holdfast Bay Local Hero, Leslie Tucker, for his contribution to conserving and enhancing the natural environment within our community.